There are 2 methods to configure the bot: Editing config.yml or using environment variables. 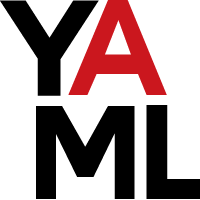 Configure the bot through YAML. This is easy to read but you need to follow the syntax closely! 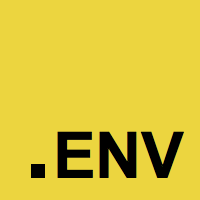 Not recommended but in some cases you don’t have any other option.

If at any point you run into a problem please check out troubleshooting first.
I’ve poured a lot of time into writing this guide and it feels bad if people ask questions that has been already answered in this guide.
If you’ve read something in this guide and did not understand it please feel free to reach out to me.

The recommended configuration method is by editing the config.yml file. However that option is not always available so you could use the default config.yml file and fill it with environment variables. E.g. when deploying the bot via Heroku.
In all the other scenarios you can edit config.yml.

Explanation of the variables

If you are tracking a twitter user through twitter_ids, twitter_lists or twitter_handles this variable determines if tweets from random twitter user to your followed twitter user should be displayed or not.

If you are tracking a twitter user through twitter_ids, twitter_lists or twitter_handles this variable determines if tweets from your followed twitter user to random twitter user should be displayed or not.

This variable determines whether a retweet should be displayed or not.

If you want to supply a custom message you can do it here. This could be used to ping certain roles or users.
Ping yourself on Discord and put the escape letter in front of the mention.
If you for example send I'm pinging \@Linley#8686 in chat you will see
I'm pinging <@77488778255540224>.
This is the syntax you are going to need to provide in custom_message if you want to ping a user. You can try it with roles as well.

You can imagine it if any set of the keyword sets are present it will be posted. A set can contain a single keyword but it could also contain multiple keywords.

Same as keyword_sets but the opposite scenario. Don’t post the tweet when a blackword set is present.

This is the recommended way of following certain Twitter users. A twitter handle can change so it’s not reliable. Twitter lists may change unbeknownst to you. You can get the twitter id from here.

Furthermore when you define twitter_handles or twitter_lists they will be converted to twitter_ids which can take a while. To minimize the script boot time you should try configure it through twitter_ids.

A more user friendly way of defining the value. The twitter handle is part of the link when you visit a Twitter Profile. When you ping a Twitter user you do @twitter_handle. Don’t confuse it with someone’s Twitter name which can be different from the Twitter handle.

If you are maintaining or know someone who is maintaining a Twitter list you could use that.

Here is an example how it could look like:
https://twitter.com/rokxx/lists/dota-2

If you want to get tweets beyond from certain users you can use this. But beware if you use a really common word you will get a lot of tweets which will lead to being rate limited by Discord.
You can make it only retrieve hashtags by prefixing it with a hashtag #.

If you want to get location based tweets you can define a location box. Use this website.
Beware. Don’t use a location box that is too big. You will be rate limited by Discord.
Bear in mind that not everyone reveals their geolocation.

This is what enables the bot to post in your text channel. Discord has written a nice article about it.

In order for the following links to work you have to be part of my Discord Server. Join here
It is explained in the next pages how the config.yml or .env file have to look like to reproduce those twitter feeds.

IncludeRetweet, IncludeUserReply, IncludeReplyToUser is set to False.
This was configured through twitter_lists. The twitter list URLs can be found here.

I’ve defined 4 webhooks for this channel. Each webhook represents a city in Vietnam. Those are the cities Saigon, Da Nang, Hue and Hanoi.

For each webhook I provided a location box.

This channel posts any tweet that says python on Twitter. If I would have written #python it would explicitly only look for the hashtag. I chose not to since the tweets that were posted were very infrequent.